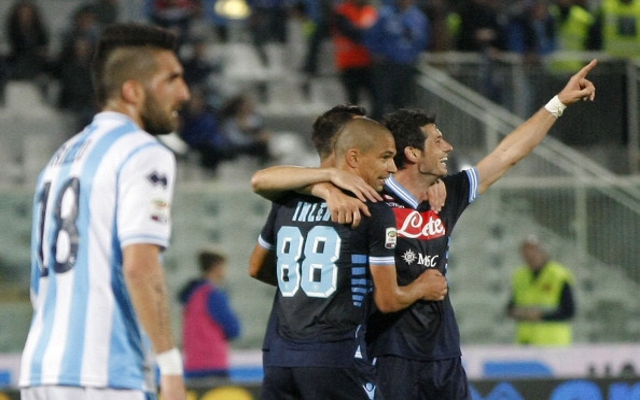 Italian boss confirms he will be leaving Napoli this summer.

Napoli boss Walter Mazzarri has shocked the club’s fans by announcing that he will be leaving the club this summer according to TuttoSport.

Mazzarri has enjoyed a successful campaign with the Serie A giants, leading them to a second place finish in Serie A.

But it is thought that Mazzarri was somewhat disappointed with the nine point gap between Napoli and league winners Juventus and has decided he has taken the club as far as he can.

The Italian boss made the announcement following the completion of the club’s game against Roma during the weekend.

The news is likely to be of interest to a number of top European sides with many expecting some of the club’s best players to leave now that Mazzarri has confirmed his departure.

Uruguayan striker Edinson Cavani has been linked with a number of top European sides over recent weeks and it is thought that his chances of leaving will have increased even more following the news of Mazzarri’s departure.

Cavani has been linked with the likes of Chelsea, Manchester City, PSG and Real Madrid over the last few weeks.

Slovakian midfielder Marek Hamsik is also widely expected to leave the Serie A giants this summer.