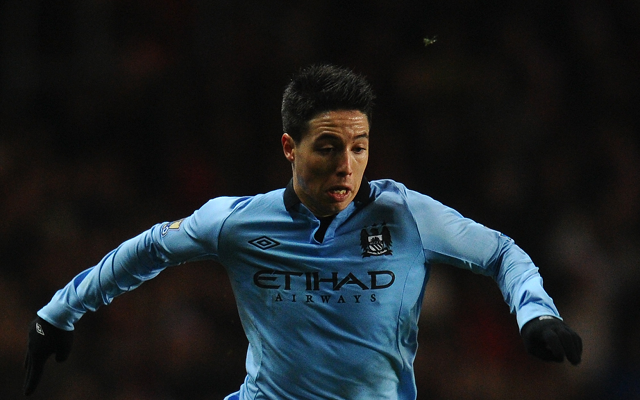 Manchester City midfielder Samir Nasri has rubbished reports of a move away from the club this summer and has insisted that he wants to stay and help the club wrestle the title back from the hands of Manchester United, according to Sky Sports.

The 25-year-old had reportedly been close to joining French big spenders PSG this summer after seeing his output at City limited to just two goals in 27 games this term.

His overall form had also been criticised as he has failed to scale the heights he reached last season, and from his time at Arsenal, who he joined City from in 2011.

Concerns over his performances has led to heavy speculation linking him with a move away with the side from the French capital reportedly leading the chase to secure his signature. However, he has denied the reports claiming he will leave for another big money move by stating that he is happy as the Etihad and hopes to help the side recover from a difficult campaign next season.

“Next year I’m staying in Manchester. PSG is just a rumour. Nobody contacted me,” he told French newspaper Telefoot.

Nasri’s current deal with City sees him at the club until 2015.