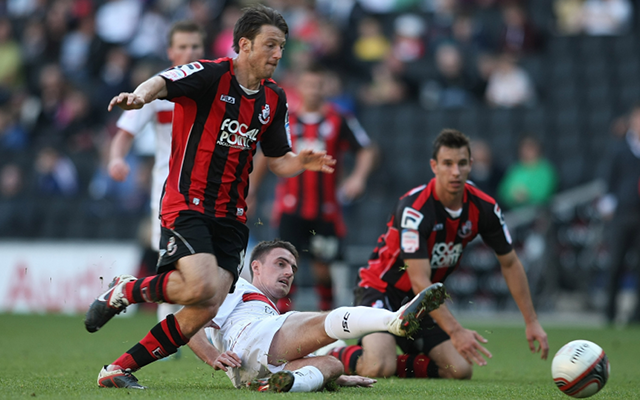 The 23-year-old is highly rated and regarded by some as not only one of the most exciting players outside of the top flight but as one of the most promising young midfielders in the country.

Bournemouth will be playing Championship football next season after securing promotion from League One, a campaign in which Arter played an instrumental role, chipping in with eight goals in 42 appearances.

He began his career with Charlton Athletic but toured the non-leagues after failing to make the grade in southeast London before being picked up by the south coast club in 2010. He had picked up a number of under-19 international caps for the Republic of Ireland during his time at Charlton and he is the brother in law of spurs midfielder Scott Parker.

Now Swansea and Norwich are lining up bids for the cultured midfielder as his impressive performances for Bournemouth have not gone unnoticed. Both clubs had sent scouts to watch him numerous times.

However, Cherries boss Eddie Howe will be desperate to hold on to him as he feels the player will be crucial in the club’s bid for survival next season.