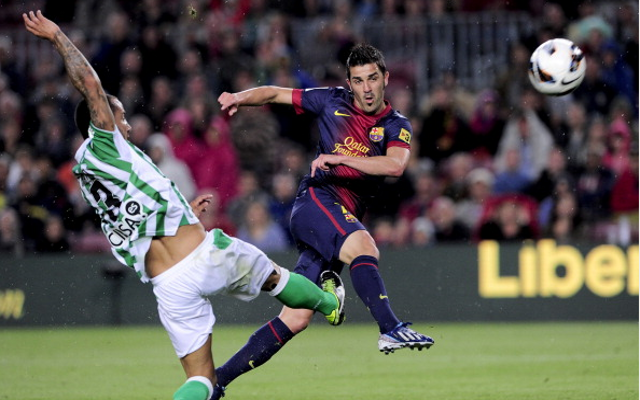 Spurs boss is a fan of Barcelona’s Villa.

Tottenham manager Andre Villas-Boas admits he is a big fan of Barcelona striker David Villa, and says he tried to sign him when he was manager of Chelsea, according to London 24.

The Spaniard is widely tipped to be leaving Barca this summer due to falling down the pecking order at the club, but his reputation as a world class finisher means he still has many admirers in the game.

Arsenal and Liverpool have been linked with the 31-year-old in recent months, with the Gunners in particular close to signing him in the January transfer window, but Spurs now seem in the driving seat to bring Villa to the Premier League this summer.

The club have been strongly rumoured to land the former Valencia man for around £12million, and Villas-Boas has not done much to play down these stories, praising the player and talking of his previous attempts to sign him.

“I think he’s a world-renowned striker,” he said.

“His tally of goals in Valencia was impressive. When he got to Barcelona he played off the channels because (Lionel) Messi started going through the middle, but he still had a good record of goals in his first season, until he broke his leg.

“I always had a good relationship with him. I tried to sign him for Chelsea. I think he would make an impact on English football, yes.”

Spurs are on the lookout for new strikers this summer due to the poor form of current strike partnership Emmanuel Adebayor and Jermain Defoe.