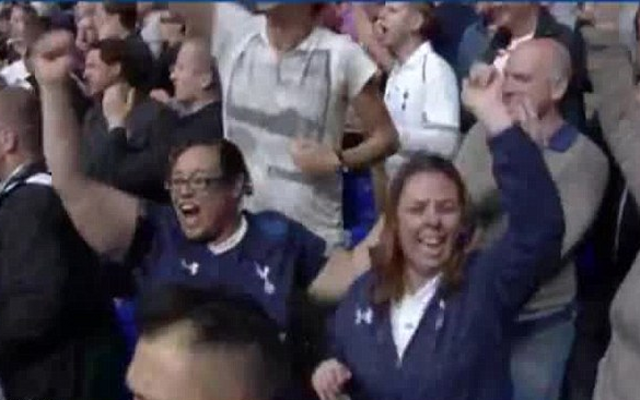 And all because of Alan Sugar…

The video below records the moment a relatively large portion of White Hart Lane believed that Newcastle United had done Tottenham a massive favour and leveled against Arsenal, a moment that never actually occurred.

Former Tottenham chairman Alan Sugar had tweeted via his @Lord_Sugar ‘1-1 Newcastle’, a message that soon filtered through his 2.9m followers and beyond. Presumably this then reached a fan in the stands and like a hellish game of ‘Chinese Whispers’ resulted in an impromptu party.

Of course it’s the Emirates Stadium side that have clinched the top four spot and not Tottenham and Alan Sugar has since taken to Twitter to explain the reasons for his misleading tweet, claiming he was merely reacting to those around him celebrating a ‘ghost goal’.