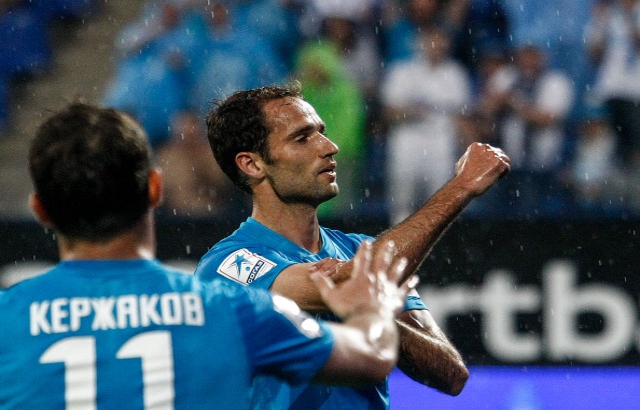 Zenit fans had apparently taken issues with statements made by experienced Russian international Roman Shirokov and proceeded to boo him when he came on as a second half sub, however the player then abused his own supporters after he scored an injury time goal, which resulted in the referee sending him off. Spotted on the always excellent Dirty Tackle.