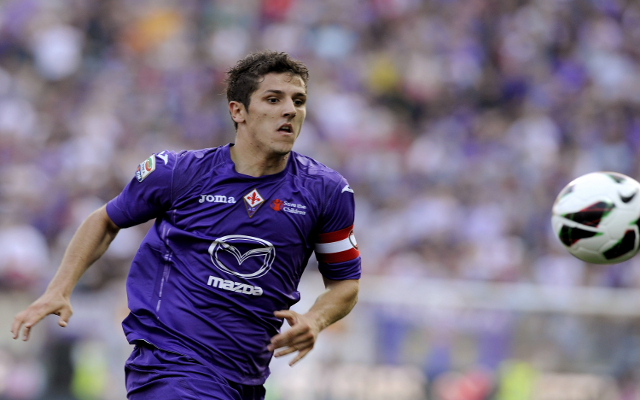 SportMediaSet claim that Jovetic’s agent is in London to meet with the Emirates Stadium side to complete personal terms.

Influential Italian reporter Tancredi Palmeri has confirmed Arsenal have met Fiorentina’s €29m (£25.4m) valuation and that a move seems set to be completed.

SportMediaSet claim that despite reported interest from Serie A title holders Juventus there has been no actual bid from the Turin side, who may have elected to pursue other striking targets.

Arsene Wenger has been linked with a myriad of striker targets as he looks to beef up his attack. Olivier Giroud has had an up and down first season in the England top tier, managing just 11 Premier League goals and as such the Arsenal manager appears to be looking to Jovetic to offer a superior alternative to the French international.

Theo Walcott and Lukas Podolski have also been used in a central striking role but appear to be seen by Wenger as more suited to wide attacking spots.

The £25.4m fee will smash Arsenal’s transfer record by some distance and a move for Jovetic may be the first of many as Arsene Wenger looks to set to be handed a bumper transfer war-chest this summer.

Jovetic has scored 27 goals in 58 starts in his last two Serie A campaigns.