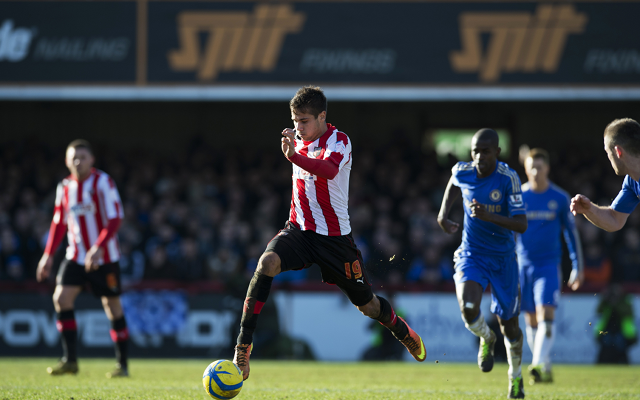 Brentford midfielder Harry Forrester is set to hold showdown talks with the club this month in the face of interest from Premier League side Aston Villa, according to talkSPORT.

The 22-year-old was a member of the squad that narrowly missed out on promotion to the Championship this weekend as the side went down 2-1 to Yeovil at Wembley, a game which may have been his last in red and white.

He is out of contract next month and is set to hold talks with the club’s chairman, Matthew Benham, after reported interest from Aston Villa has cast his future into doubt.

Forrester began his career with the Midlands side but failed to breakthrough into the first team. He was released in 2011, when he joined Brentford after a short trial with Dutch giants Ajax. The Amsterdam club were keen to offer him a deal but he decided that regular first team football would be more beneficial and made the switch to west London instead.

However, with Paul Lambert in charge at Villa and looking to expand on his reputation for signing young and exciting talent from the lower league’s, Forrester’s future with The Bees may be in doubt, though he hasn’t ruled out signing a new deal at Griffin Park.

“I can’t talk about my future yet. I’ve got a meeting with the owner coming up to talk about that,” he said.

“They will probably give me a call about it next week, so I have time to reflect on the Yeovil game, and we can go from there.”