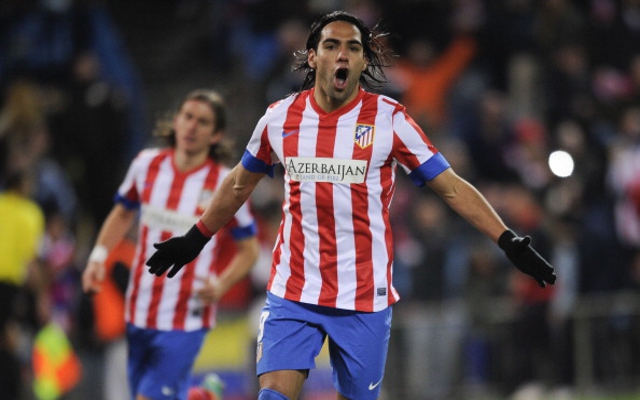 A host of top European clubs have been put on alert after it emerged that Atletico Madrid are preparing to allow their striker Radamel Falcao to leave the club according to The Sun.

The striker has become one of the hottest properties in football after a highly impressive season for Atletico. The player’s goals helped guide the club to a third placed finish in the league and a Copa del Rey victory over their bitter city rivals Real Madrid.

But those performances have not gone unnoticed with a host of top European sides thought to be monitoring the player’s availability.

It now appears that Atletico are ready to allow the player to leave as a reward for helping the club qualify for the Champions League.

The likes of Chelsea, Manchester City and Manchester United are all thought to be ready to make a move for the player should he become available.

But the competition could be blown out of the water by a mega-bucks offer from Monaco. The wealthy French club are keen to splash the cash this summer as they look to build a team capable of challenging PSG on all fronts and reportedly identified Falcao as their number one summer target.