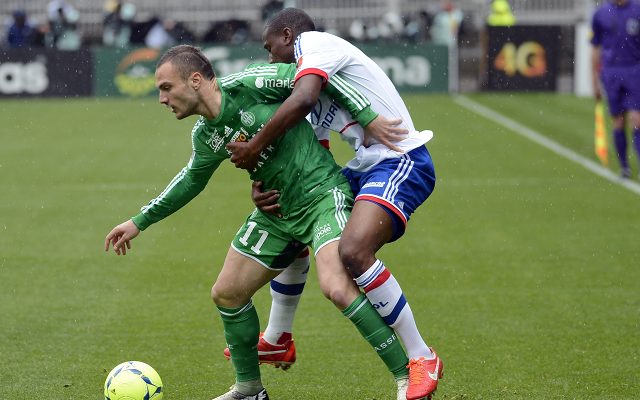 Fulham are reportedly lining up a swoop for French under-21 winger Yohan Mollo from AS Nancy this summer, according to the Daily Mail.

The 23-year-old has been on loan with Saint Etienne this season where he has impressed by helping the club reach fourth in the table and with one game to go could still secure Champions League football for next season.

He has bagged four goals in 18 appearances for Les Verts this campaign and though primarily a right winger he can play just as comfortably on the left too.

However, his return to Nancy at the end of the season is likely to be just a formality as the northern side suffered relegation to Ligue 2 and are said to be willing to listen to offers for the player of around £4 million.

Having began his career with Monaco in 2008 he then moved onto Caen before joining Spanish side Grenada for an unsuccessful season in 2011. Nancy brought him back to France in January of last year and after 35 appearances with them he joined St Etienne on loan last summer.

Fulham are also soon expected to complete the long awaited signing of Ghanaian midfielder Derek Boateng who was released by Ukrainian side Dnipro recently.