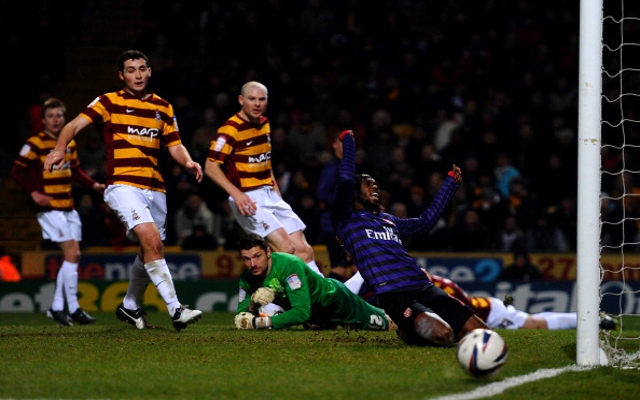 Former Lille forward could head back to France this summer.

Arsenal forward Gervinho is being linked with a return to Ligue 1 with Lyon this summer, according to French newspaper L’Equipe.

The 25-year-old has failed to settle since joining Arsenal, looking short of quality and out of depth in the Premier League, and has previously been linked with a £12million move to Turkish giants Galatasaray.

However, latest reports from France suggest Lyon will make a bid of around £10million to lure him back to the French league this summer, and Arsenal may well be tempted to sell the Ivorian after a failed two seasons in England.

Gervinho has scored only 10 goals in 57 appearances for the Gunners, and they are being linked with a number of improvements on their striking options in the transfer window this summer.

£10million would be a decent fee for a squad player, and Arsenal may use the money towards bringing in players like Stevan Jovetic and Loic Remy, who have been linked with the club in recent months.

The likes of Marouane Chamakh, Andrey Arshavin and Sebastien Squillaci are also expected to leave the Emirates Stadium before next season, as Arsene Wenger looks to clear out his under-performers.