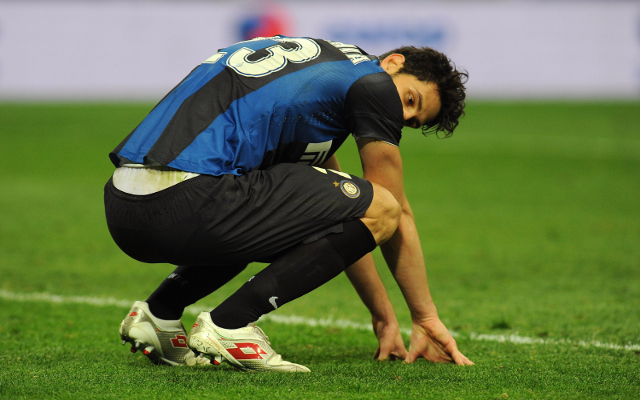 Manchester United and Juventus are said to be competing for Inter Milan centre-back Andrea Ranocchia, according to talkSPORT.

The 25-year-old defender has caught the eye in Serie A this season, despite Inter’s disappointing 9th place finish, and could now be set for a move to a bigger club.

The Italian international arrived from Genoa for £16million in 2011, and won’t come cheap for either side, though he could be a useful addition to both team’s squads.

Manchester United have been linked with a number of central defenders in this summer’s transfer window, as they look to improve on what was an occasionally leaky defence in their Premier League title win this year. Despite a strong run towards the end of the season, they finished with a total of 43 goals conceded – the worst defensive record in the top four.

Juventus are also keen on strengthening their squad, as they look to win a third Serie A title in a row and progress further in the Champions League, where they were easily beaten by Bayern Munich at the quarter-final stage this year.

Inter will struggle to hold on to some of their best players after a poor season, but are also planning some moves in the transfer market themselves, being linked with big names such as Cesc Fabregas and Luka Modric.