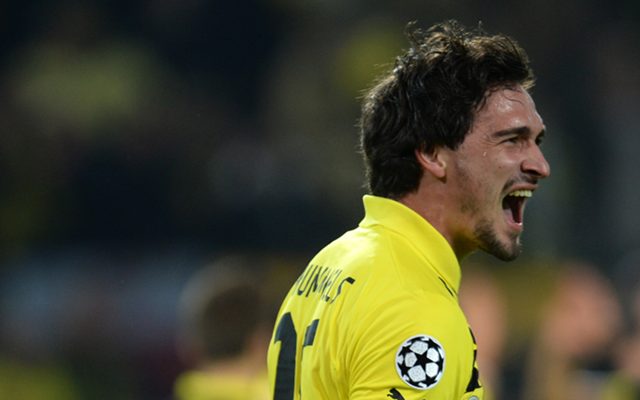 Defender confirms that the Champions League final won’t be his final appearance.

Borussia Dortmund defender Mats Hummels has reassured the club’s fans that this weekend’s Champions League final clash with Bundesliga rivals Bayern Munich will not be his last for the club, according to Sky Sports.

The Westphalen side are in danger of losing a number of their top stars as Mario Gotze has already agreed to join Bayern this summer while the likes of Robert Lewandowski, Ilkay Gundogan and Lukasz Piszczek have all been linked with a move away.

The 24-year-old is currently racing the click to be fit for the showpiece final after picking up an ankle knock against Hoffenheim this weekend and he has taken time out to put the fan’s fears to rest by stating his intent to still be in the yellow shirt next season.

“I’ve not had any contact with Barcelona or any other club,” he said. “I don’t think it’s my duty to dismiss rumours which other people invent,” he said.

“If there was to be any truth in them, I would say so. If I say that there is nothing behind the speculation, then people should believe me.”

Hummels has made nearly 200 appearances for Dortmund since joining from Bayern Munich in 2008.