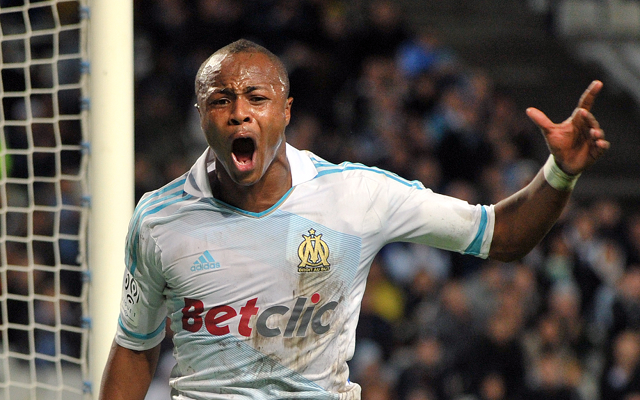 Marseille midfielder Andre Ayew has opened the door to an extended stay at French side Marseille now that the side have secured Champions League football next season, according to Sky Sports.

The 23-year-old had been a target for a number of Premier League sides like Manchester United and West Ham, as well as Spanish giants Barcelona, but now that the club have gained entry into Europe’s most elite club competition he has admitted that a move away isn’t necessarily at the top of his agenda anymore.

Marseille finished the season as runners up in Ligue 1 to heavy spending PSG but the player had been on the receiving end of whistling and booing from the club’s fans, though he is prepared to move on from the negativity from the stands to see where next year takes him.

“We’ve been on the podium all season long but sometimes we came back home and the fans were against us,” he said.

“Things like that hurt because we fight for the team and we know we could have done better, but Paris have invested a lot of money in quality players.”

“To play in the Champions League next season will be fantastic, so I could stay here and play in that competition.”