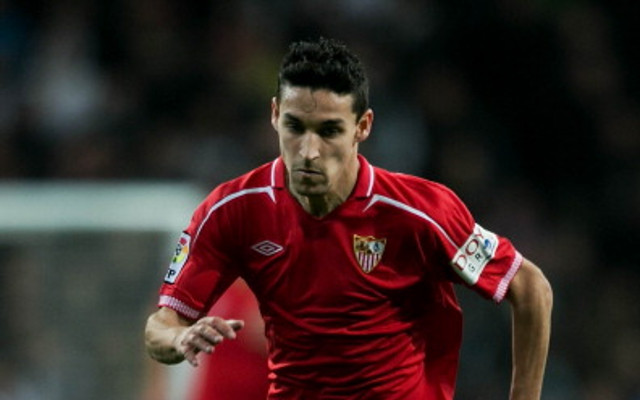 Spanish club Sevilla are preparing for life without Manchester City target Jesus Navas, as they look to sign Vladimir Weiss from Italian side Pescara, according to talkSPORT.

Weiss, who was formerly of Manchester City, is available on a free transfer this summer and looks likely to leave Pescara following their relegation from Serie A.

This suggests that Navas will indeed join up with Manuel Pellegrini at the Etihad Stadium, after rumours emerged that the Spanish winger was one of the Chilean manager’s main targets this summer after he joins the Premier League club from La Liga side Malaga.

Navas has also been linked with Bundesliga giants Borussia Dortmund, who are considering a number of attacking midfielders to replace star player Mario Goetze, who will be joining Bayern Munich next season.

However, City will now be in the driving seat to land the 27-year-old, in a somewhat surprising move due to the player’s well-documented problems with homesickness, meaning he has stayed at his home town club for his whole career so far.

But it seems now that this talented winger will be making the step up to a bigger club, and will be terrorizing defences in England next season.