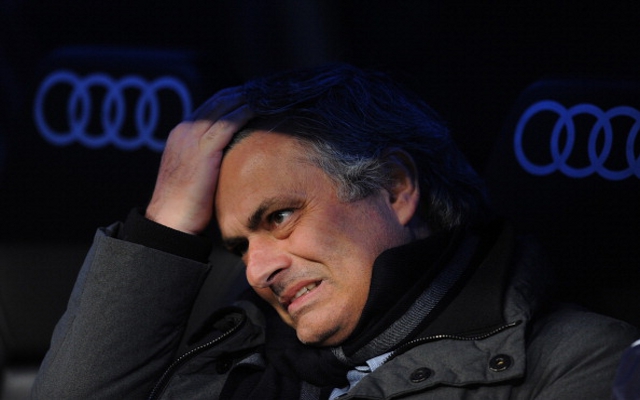 The Spanish national press took great joy in sticking the knife into outgoing Real Madrid boss Jose Mourinho, looking to conduct one last attack before he packs his bags, with a move to Chelsea on the cards.

“The Special End” ran the front page headline of top-selling sports paper Marca, superimposed on a photograph of a football shirt being held up by Mourinho and club president Florentino Perez.

“Much ado about nothing,” concluded the headline of rival sports daily AS, which recalled the price tag of Mourinho’s term. “50 million euros in contracts and another 162 million in player signings,” it said.

“Mourinho left us with few titles and a lot of hassles,” AS said.

Mourinho is leaving at the end of the season, the club announced on Monday, and he has been strongly linked with a return to Chelsea, a team he managed between 2004 and 2007.

He endured a torrid final season culminating in Friday’s defeat by Atletico Madrid in the Copa del Rey final that ensured Real end the season without a major trophy.

Suarez listed an array of Mourinho sins such as leaving captain Iker Casillas on the bench for half of the season; devaluing the prestige of the club; questioning the votes that chose Spain manager Vicente del Bosque as FIFA 2012 coach of the year; and dividing the club’s fans.

“Thanks to Mou, Mou is worse too, aged and crushed, defeated and heading back to a capricious, wealthy man’s club but far from the dream of Old Trafford,” he said, alluding to speculation that Mourinho had dreamt of taking over as Manchester United coach after the retirement of Alex Ferguson.

Barcelona-based sports daily Mundo Deportivo said Mourinho had been touted as the ‘antichrist’ to then Barcelona coach Pep Guardiola and the remedy to the Catalans’ domination.

“He leaves the Bernabeu having failed, a long way from equalling the balance except for some occasional one-on-one clashes.”

Fellow Catalan daily Sport ran a front-page photograph showing Mourinho from the back as he departed through a door marked “Exit”. The paper quoted Carles Vallarubi, vice president of Barcelona as saying: “Mou was a scar on Spanish football.”

Despite rumours linking Paris Sant-Germain boss Carlo Ancelotti with the manager’s job at Real Madrid, Perez says he has not reached an agreement with any coach to succeed Mourinho.