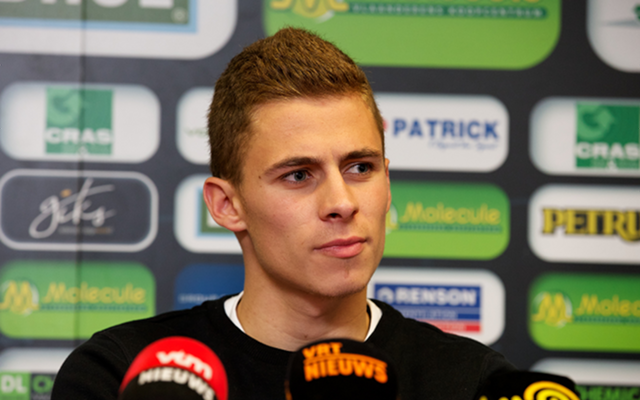 Chelsea winger Thorgan, brother of Edin, Hazard is set to spend another year in his native country as he prepares to join Anderlecht on loan, according to Sky Sports.

The 20-year-old joined Chelsea last summer from French side Lens, but he was loaned straight out to Belgian club SV Zulte Waregem where he has impressed by bagging three goals and six assists during his time there.

His form for Waregem has attracted the attention of the big three of Belgian football – Anderlecht, Club Brugge and Racing Genk and he has elected to stay in Belgium for another year to further his football education in a first team rather than in the Chelsea youth set up.

Anderlecht chairman Roger Vanden Stock, who has spoke of the good relationship he shares with the west London club, has fuelled the speculation suggesting that a move for the Belgian under-21 international is in the pipeline.

Whilst Hazard jr looks set for a bright future at Stamford Bridge he is not deemed ready to break into the first team and join his brother in the starting 11 just yet.