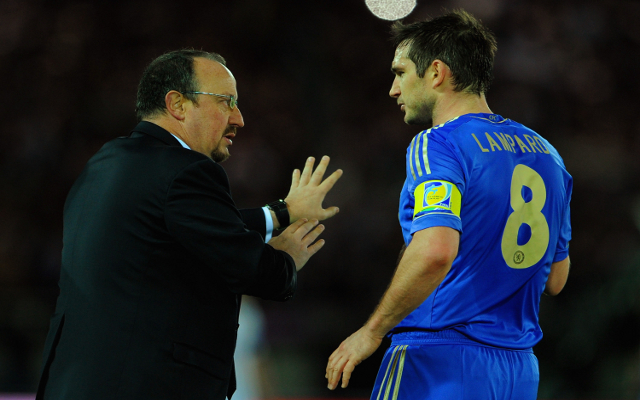 Chelsea midfielder Frank Lampard has admitted that he found it tough to get on with interim manager Rafa Benitez, speaking candidly about the rocky relationship they shared during the former Liverpool boss’ time at the club, The Sun reports.

“There are certain managers you build relationships with and feel closer to. He’s not that kind of bloke.

“Other managers draw a bit of a line and keep it that way. Rafa’s more like that.

“He was not really the sort of manager you could sit and talk with.

“We had a couple of conversations about my future in which he was quite honest saying that he wasn’t really involved.

“So that’s where that conversation ends.

“He’s not a manager who goes round putting his arm around every player — and I’m not saying that’s wrong.

Though Lampard did admit that Benitez worked hard to bring success to the club and should be praised for doing so.

“He’s a professional bloke. He prepared very well for games.

“And it was a difficult situation for him as well. As interim manager it was always going to be quite difficult because we all knew it was only to the end of the season.

“So there was no planning, no long-term relationships were going to be built. So, in that respect, he did a good job because we got the end result — success.”