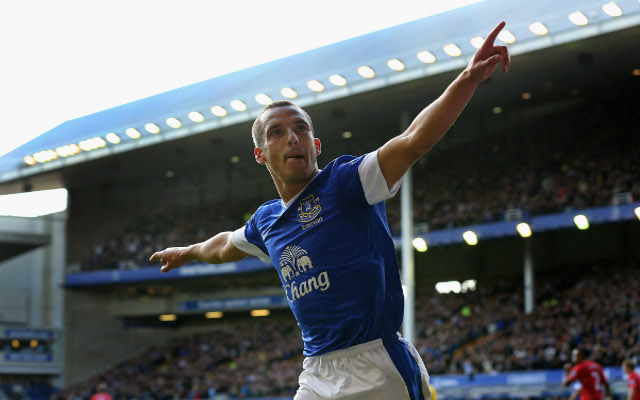 England man set to become a one club player.

Everton midfielder Leon Osman has put pen to paper with the club and will now be at the club until 2015, the Daily Mail reports.

The 31-year-old’s current deal was set to expire next summer and he has given the club a huge boost as they prepare for life after David Moyes.

Osman has long been highly regarded as one of the most underrated players in the country and made a long overdue appearance for his country last year in the friendly against Sweden and he now looks set to join a long list of esteemed players who have spent their entire career with just one Premier League club.

Since breaking into the Toffees side in 2002 he has gone on to make 245 appearances, scoring 51 goals.

His new deal represents a great deal of trust and commitment as Everton are yet to name a successor to Moyes and the club faced losing Osman too as their delay in offering him an extension had alerted Spurs, who were set to capitalise on the situation by bringing him to London.