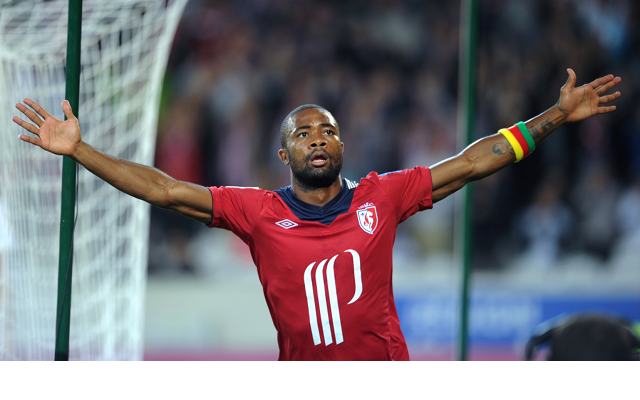 Chedjou wants to play in England.

Lille defender Aurelien Chedjou has admitted that a move to the Premier League would interest him as he prepares to leave the French club in the summer, according to Sky Sports.

Galatasaray, Newcastle, Valencia and Liverpool have all been mentioned as possible destinations for the 27-year-old and he is set to meet with club officials at Lille to discuss his future over the coming weeks.

“Nothing is done with any club. Yes, I want to move from Lille and get another experience of my life,” he said.

The Cameroonian international has been a key member of the squad since joining from minnows Rouen in 2007, making over 200 appearances and scoring 16 goals. This season he has turned out 45 times in all competitions as the northern club embarked on a n unsuccessful Champions League campaign. Lille are currently in fifth place in the Ligue 1 table, one point behind St Etienne with a single game remaining. The pair will meet each other this weekend to decide who will snag that final Champions League spot.

Liverpool are said to be monitoring his situation as they seek a replacement for the now retired Jamie Carragher, and Chedjou has admitted that the possibility of playing for the Reds would be too good to turn down.

“Liverpool could be great. An enormous club with fantastic fans and the Kop to add,” he said.