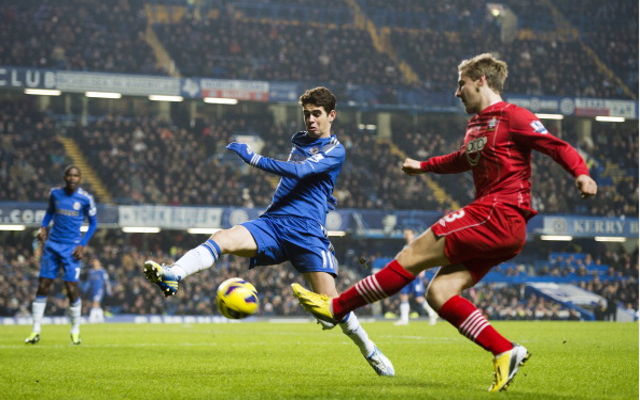 Southampton starlet on the champions radar.

Young Southampton full back is now reportedly a target for Manchester United this summer and will rival Chelsea for his signature, according to the Daily Mail.

New United boss David Moyes is known to be a fan of the 17-year-old and will attempt to take him awe from St Mary’s as he looks to rebuild the squad in his own image following the retirement of Sir Alex Ferguson. Moyes apparently scouted Shaw a number of times whilst at Everton and earmarked him as a replacement for Leighton Baines should the England international have joined United this summer.

Chelsea has been strongly linked with a move for the Kingston-born left back with a view to sending him on loan to the south coast club and though United have now expressed an interest too, Shaw is believed to be ready to commit to Southampton as he believes his chances of playing regular first team football will be greater there than with anyone else.

Shaw has yet to sign professional forms with the Saints, but will be eligible to do so in July when he finally turns 18 and he is thought to be keen on staying.

The news will come as a blow to Chelsea but it is great news for Saints fans who have already lost Gareth Bale, Alex-Oxlade Chamberlain, Theo Walcott, Wayne Bridge and Glen Johnson to several London clubs over the years.