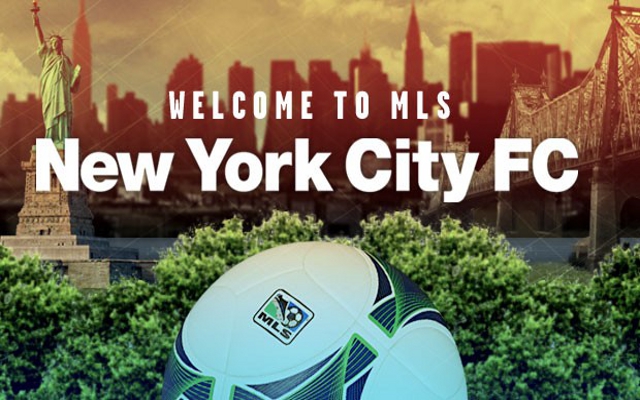 New side to compete from 2015 onwards.

Man City have teamed up with MLB giants New York Yankees are teaming up to launch a new Major League Soccer club in New York City.

MLS Commissioner Don Garber confirmed that the Etihad Stadium side and Major League Baseball’s world famous franchise had acquired the league’s 20th expansion club which will be called New York City Football Club (NYCFC) and is expected to begin play in 2015.

“We proudly welcome two of the most prestigious professional global sports organizations to Major League Soccer,” Garber said. “This is a transformational development that will elevate the league to new heights in this country.

“The New York area is home to more than 19 million people, and we look forward to an intense crosstown rivalry between New York City Football Club and the New York Red Bulls that will captivate this great city.”

The new team will seek to build a permanent home in New York, perhaps at the site in Flushing Meadows near the home of the US Open tennis championships that MLS has been exploring, but perhaps elsewhere.

Until its facility is built it will make arrangements for an interim venue.

“We are thrilled to contribute to the energy and growth of New York City Soccer,” he said. “In the Yankees, we have found the absolute best partner for developing a world-class sports organization and a winning team that will carry the New York City Football Club name with pride.”

Manchester City will be the majority owner of the club. As an investor,t he Yankees will be active in the ownership group.

The two clubs already have a comercial relationship through the Legends Hospitality entertainment and marketing organizagion.

On May 25, Yankee Stadium will host Manchester City in a friendly match against Premiership rivals Chelsea.