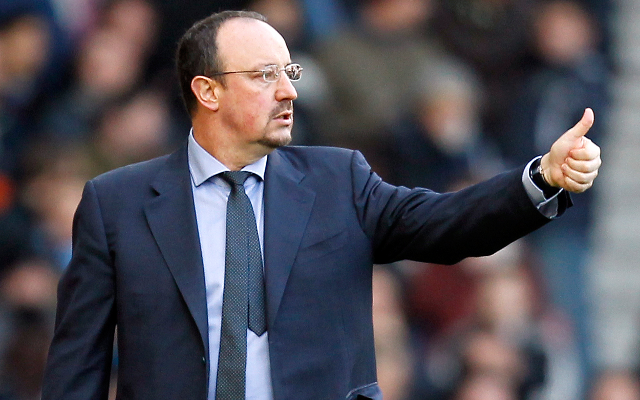 Napoli have denied that they are in talks with Rafa Benitez with the view of him taking over from Walter Mazzarri, Sky Sports reports.

News broke yesterday that the Serie A side would approach the outbound Chelsea manager about their vacant post after Mazzarri confirmed that he would be stepping down from his role as coach.

However, Napoli owner Aurelio De Laurentiis has denied that he was in London to meet the former Liverpool man but to infact meet with Manchester City chiefs about a possible swap deal between Edin Dzeko and Edinson Cavani.

“I did not go to London for Benitez, you would have me take 15 coaches: it’s true, I heard about them all in the last six months,” he told La Gazzetta dello Sport.

“Yesterday [Monday] I was in London with Chiavelli and Bigon and for a simple reason: I have to prepare for the release of the film on Steve Jobs.

“Though, I told Bigon: ‘Go to City and have a moment to negotiate Dzeko and what they are willing to do for Cavani’.

“Everyone is talking about who will be the new coach? But I do not do things in a hurry. I’m trying to understand who are the people who will accompany me in the next part of the journey.”