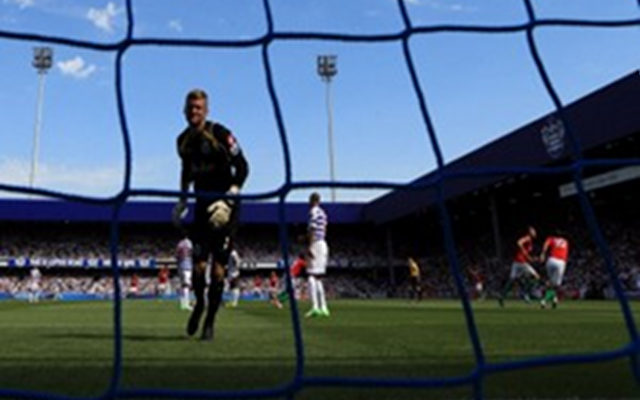 Former England ‘keeper to stay with the Hoops.

QPR goalkeeper Robert Green has reiterated his desire to stay with the club next season and claim the number one spot for himself, Sky Sports reports.

Green moved across the city from West Ham last summer believing that he was set to be the first choice goalkeeper at the club, but was quickly followed by new signing Julio Cesar, who has kept him out of the side for the bulk of the campaign.

However, with Cesar expected to move on this summer, the door has opened for the ex-England number one to make the place his own.

“I see my future wherever I am told it is really,” he told the QPR website.

“Life of a keeper, particularly an English one, is very different to an outfield player where you get 25 squad places with rotation and maybe European games if you are at one of the bigger clubs.

“You get the need for a lot of players whereas with a keeper there are not many teams where you have two first choice keepers – here is one of them.

“You see people saying it is up to us if we stay or go but sometimes it really isn’t.

“If I get told I am here next season and I am on the bench then that is my life and you have got to take it how it is.

“That is something I have learned from this season as much as anything that it is not all laid for you on a red carpet.”