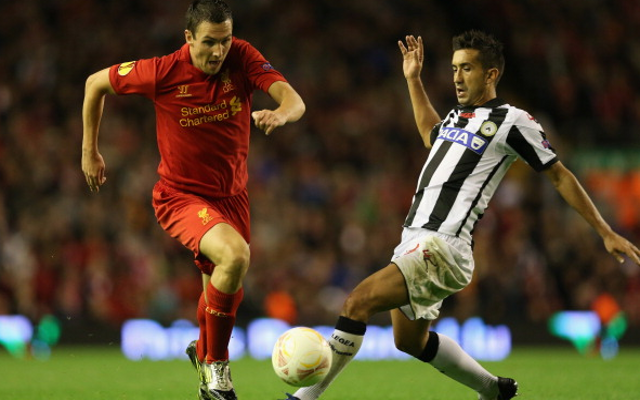 Fulham are thought to be preparing a move for Liverpool’s Stewart Downing according to The Mirror.

The former Middlesbrough and Aston Villa man has failed to mark his mark at the Anfield club despite the costing the club £20 million in transfer fees.

Downing has become something of a poster boy for the club’s wasteful spending in recent seasons and has had to endure a backlash from the fans who have been disappointed with his inconsistent performances.

While the player did improve towards the second half of the season, it is thought that Liverpool boss Brendan Rodgers is ready to cut his losses and move the player on.

Rodgers is keen to raise funds as he has been told by the Liverpool hierarchy that he will have just £20 million to spend on new players this summer, unless he raises additional funds himself.

The manager has previously expressed his desire to bring in between three and four new players so will find himself restricted in the type of player he can bring in unless money is raised for player sales.

But it is thought that Fulham are pushing for a loan move and are reluctant to commit hard cash towards Downing’s signature.