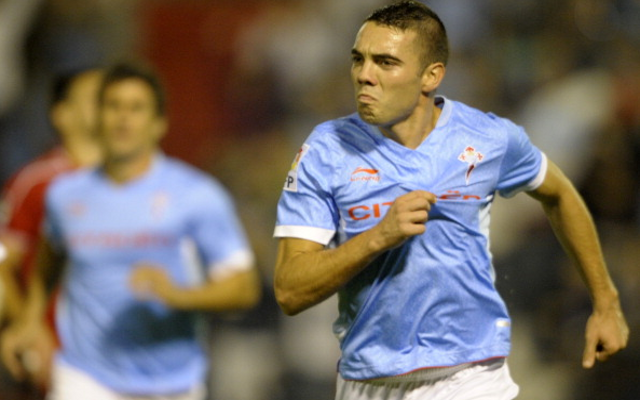 Liverpool are reportedly close to agreeing a deal to raid relegation-threatened La Liga side Celta Vigo for their star striker Iago Aspas, according to the Daily Mirror.

The 25-year-old has impressed in the Spanish top flight this season, despite newly-promoted Celta’s relegation worries. After scoring 23 goals in the Segunda Division last year to fire his side to promotion, he has scored 11 times this season.

Reading had a bid rejected for Aspas in January, and Chelsea have also shown an interest in this up-and-coming talent, as clubs are on the lookout for the next Michu this summer.

The little-known striker arrived at Swansea for just £2million from Rayo Vallecano this summer and has proved a hit in the Premier League, and Liverpool now think Aspas could emulate his compatriot’s success.

Celta are currently bottom of La Liga, four points from safety with two games remaining, and if they go down Aspas would be available for around £5million, which should attract an offer from Reds boss Brendan Rodgers.

Liverpool have been linked with a number of strikers this summer, such as Christian Benteke of Aston Villa and Porto’s Jackson Martinez, as they look to take the pressure off star player Luis Suarez to be their main goal scorer.