Emirates Stadium side look to pounce as talks between Chelsea and Leverkusen stall.

Arsenal will launch an ambitious swoop for Bayer Leverkusen winger Andre Schurrle, after talks on a deal to bring him to Chelsea have broken down, CaughtOffside understands.

The 22-year-old looked certain to be moving to Stamford Bridge this summer, though the two clubs have been unable to agree on a precise fee for the player, with Leverkusen wanting £20million as well as Chelsea youngster Kevin De Bruyne.

However, De Bruyne’s performances on loan from the Blues at Werder Bremen have attracted the attention from Champions League finalists Borussia Dortmund, and the Belgian attacker is said to prefer a move to the Bundesliga runners-up, where he would replace Bayern Munich-bound Mario Goetze.

This has thrown a spanner in the works, meaning Arsenal will try their luck to sign the German international, who has 13 goals and 8 assists in all competitions this season, helping his side to a third place finish in the Bundesliga.

The Gunners are hoping to make significant improvements to their squad this summer, and Arsene Wenger has reportedly been handed a huge £70million transfer budget to spend. They could also make close to £30million from sales of numerous squad members, with as many as twelve players heading for the Emirates Stadium exit.

Big names such as Fiorentina striker Stevan Jovetic and Real Madrid’s Gonzalo Higuain have been linked, as a striker seems a top priority for the club, though Wenger is also said to be considering signing a left winger and moving Lukas Podolski into a more central role. 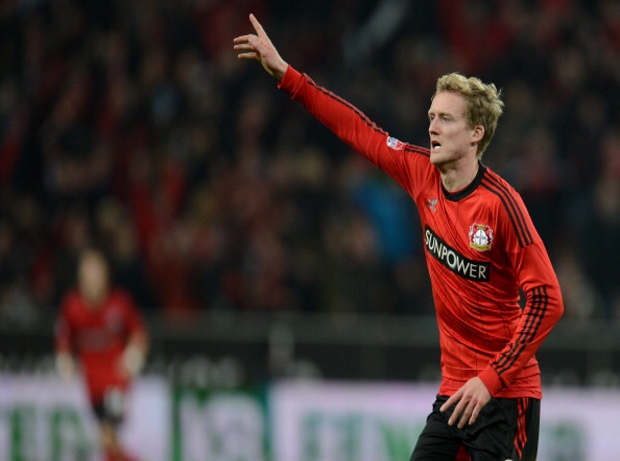 Schurrle’s ability on the flanks would give the Arsenal team something different, as they currently lack natural wide players other than Theo Walcott. The German international is a good dribbler, who also likes to get in shots on goal from long range, and may even prefer a move to Arsenal over Chelsea as there is more potential for him to be first choice, instead of fighting the likes of Juan Mata, Eden Hazard and Oscar for a place in the Blue’s star-studded squad.

With Arsenal keen to offload players, Wenger could also offer the out-of-favour Nicklas Bendtner in return for Schurrle. The Dane has made it clear that he wants to leave the club, and has spent the last couple of seasons out on loan at Sunderland and Juventus. Leverkusen’s lack of an alternative to current top-scorer Stefan Kiessling could mean they are tempted to take a chance on the Arsenal misfit.

If this move materialises, it will be a big embarrassment for Chelsea, though they are still likely to spend vast amounts this summer after being rumoured to be handing the returning Jose Mourinho £100million to spend.

The likes of Hulk from Zenit St Petersburg and Arda Turan from Atletico Madrid have been linked, and could be decent alternatives on the wings if they miss out on Schurrle.