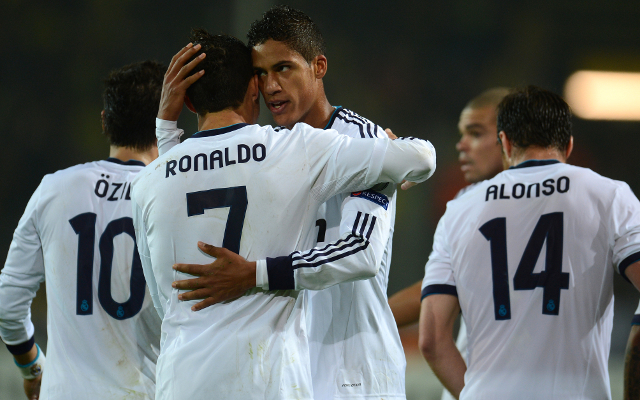 Incoming Chelsea manager Jose Mourinho is targeting a move to bring young defender Raphael Varane with him from Real Madrid, according to the Daily Express.

The 20-year-old has made his breakthrough in the Real Madrid first team this season, and is widely considered to be one of the best young defenders in the world.

The Spanish giants signed Varane from Lens for around £8.5million when he was just a teenager, and he has become an important member of the team under the guidance of Mourinho, who is known to rate him highly.

With Mourinho’s departure from Real Madrid confirmed earlier this week, he is now expected to return to Stamford Bridge to take over from Chelsea interim manager Rafael Benitez, leading to numerous rumours about members of Real’s squad who could join him in the Premier League next season.

The likes of Xabi Alonso, Sami Khedira and even Cristiano Ronaldo have been linked with the Blues, and Varane is now also a target as it seems David Luiz could move in the other direction this summer.

Chelsea’s Brazilian centre-back has also been linked with a move to Barcelona, as both La Liga giants search for defensive reinforcements in the upcoming transfer window. With John Terry also unsettled and considering an offer from Galatasaray, Mourinho may find himself short of defenders when he rejoins the club, making Varane a priority signing.