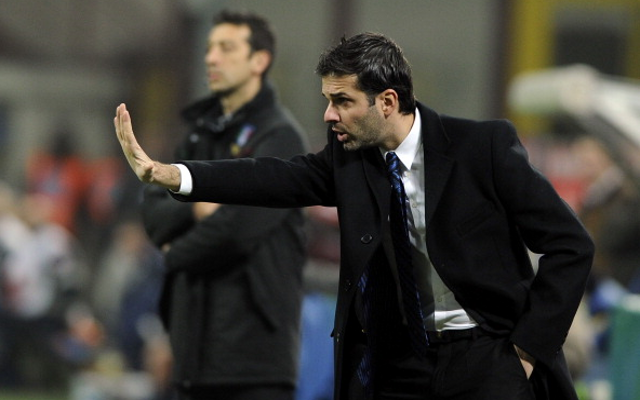 Former Napoli boss takes over at the San Siro.

Inter Milan have sacked manager Andrea Stramaccioni and will replace him with former Napoli boss Walter Mazzarri according to the club’s official website.

Mazzarri had been linked with a move to Inter ever since announcing he would leave Napoli at the end of this season.

And Inter president Massimo Moratti confirmed as much when he said: “I’ve chosen Mazzarri, I’m sorry for Stramaccioni.”

The move comes after a torrid season for the Italian giants who finished a dismal ninth in Serie A and missed out on European competition for next season, just three years after winning the Champions League under Jose Mourinho.

Mazzarri will thus become the sixth Inter coach since that memorable night in Madrid.

He guided Napoli to a second place finish this season, their best result since the days of Diego Maradona in the early 1990s.

It completed four successful years in Naples for Mazzarri, who twice guided his team into the Champions League.

Stramaccioni, by contrast, suffered a miserable season as his side lost 16 times in 38 league matches, their worst sequence since the end of the Second World War.

Since winning the treble of Champions League, Serie A and Italian Cup in the second of Mourinho’s two seasons in charge, Inter have won only one trophy of note, the Italian Cup in 2011 under Brazilian Leonardo, who promptly walked away to take over as sporting director at Paris Saint-Germain.