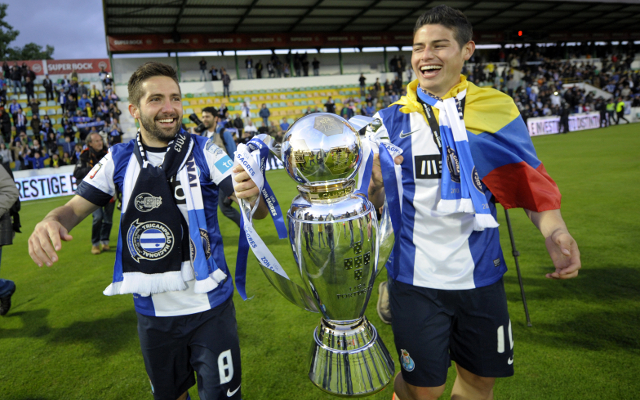 AS Monaco have completed the signing of FC Porto pair Joao Moutinho and James Rodriguez, the deal being confirmed on the Portuguese champions official website.

The Portuguese champions revealed that the deal was worth a combined fee of 70 million euros (£60m).

Monaco, who will be back in the French top flight next season after winning the second-tier title, said 26-year-old Portuguese international midfielder Moutinho and 21-year-old Colombian international forward Rodriguez had both agreed five-year deals.

Porto said Rodriguez was valued at 45 million euros and Moutinho at 25 million, with the deal “the biggest in Portuguese football history.”

Porto will make a massive profit on both, with Moutinho costing 11 million euros when he signed from Sporting in July 2010.

The deal is a sign of Monaco’s intention to challenge towards the top end of Ligue 1 next season, with no other club currently able to compete with champions Paris Saint-Germain’s financial might.

Foreigners playing for the club do not pay income tax, while French players have paid less in national insurance contributions than they would at other clubs in France.

A decision taken in March by the French football league (LFP) means Monaco will be subject to the same tax laws as other French clubs from June next year, although the club themselves have promised to fight the new rules.

Claudio Ranieri’s side have also been heavily linked with a 60 million-euro move for Atletico Madrid’s Colombian striker Radamel Falcao.