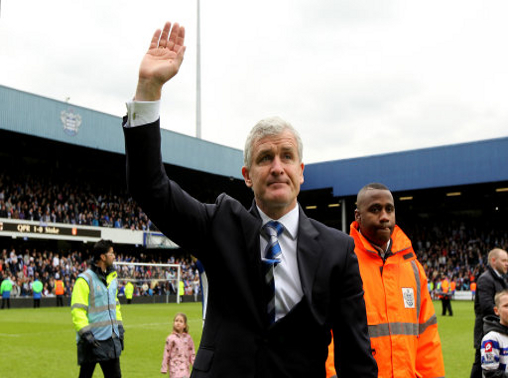 Stoke City have reportedly opened talks with Mark Hughes, with a view to appointing the Welshman as their new manager, according to the Metro.

The 49-year-old seems to the club’s first choice to take over from the recently sacked Tony Pulis, with Wigan’s Roberto Martinez and Everton’s Phil Neville also being linked with the job in recent days.

Hughes’s agent has begun negotiations over a two-year contract, and he himself will meet with Stoke officials over the weekend.

The former Manchester United player was considered one of the country’s best during his playing days, though he has had a more mixed time in his career in management.

He first found success as manager of the Welsh national team, before establishing himself in the Premier League with Blackburn Rovers, helping the club to an impressive 6th place finish in 2006. His ability to get the best out of a team with limited resources made him a candidate for the vacant Manchester City and Chelsea jobs in the summer of 2008, and it was City he eventually agreed to join.

However, his time at the Etihad Stadium was not a success, as he failed to steer the club towards the top four, and he was replaced by Roberto Mancini in December 2009.

He has since gone on to Fulham and QPR, and was much criticised for his poor signings with Rangers, getting sacked in the middle of the season and being replaced by Harry Redknapp.

With Stoke struggling against relegation under Pulis this year, Hughes will be expected to help guide the club towards a safe mid table finish.