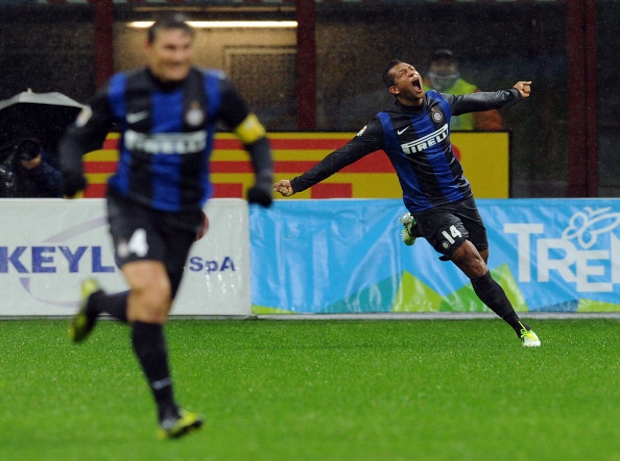 The Spurs boss worked with Guarin during their time together at Porto, where the Colombian first emerged as a midfielder of true quality, earning a big move to Inter Milan in 2012.

Tottenham are known to be on the lookout for a new midfield signing in this summer’s transfer window, as Villas-Boas is considering a reshuffling of his squad to try and reach the top four next season.

The likes of Scott Parker and Sandro have struggled with injuries for much of this season, with the former possibly heading out of the club following interest from Queens Park Rangers. Moussa Dembele was signed last summer to fill the gap, but the former Fulham man has had an inconsistent first year at White Hart Lane.

Spurs were close to signing Mohamed Diame from West Ham in January, and may move for him again in the summer due to his £3.5million minimum release fee clause, and Manchester United’s Anderson, another former Porto player, has also been mentioned as a target.

However, Spurs have been alerted to the possibility of signing Guarin, following a surprisingly poor season from Inter Milan, who finished 9th in Serie A this year and could struggle to keep hold of numerous big-name players.

The San Siro side are set to appoint a new manager, with former Napoli boss Walter Mazzarri looking like the favourite for the position, and he may also consider making some changes to the squad he inherits.

Guarin seems like a player who would be well-suited to the Premier League, with the Colombia international earning a reputation as a skillful but hard-working box-to-box player with an eye for goal. He scored ten times for Inter this season, the same number he scored in Villas-Boas’ treble-winning season with Porto. He would also prove the solution to a number of Spurs’ problems in midfield, as they could do with both a defensive player and a playmaker in the middle of the park, as they have still yet to adequately replace Luka Modric since he joined Real Madrid last summer.

Inter signed the 26-year-old for £11.5million originally, and he could cost around £16million now, which should be affordable for Spurs, who were today confirmed to have missed out on £30million target Joao Moutinho, as he made the move from Porto to Monaco.

The Milan side could also lose defender Andrea Ranocchia this summer, with Manchester United showing a strong interest in the centre-back. Spurs have also enquired about Inter left-back Alvaro Pereira, though he has said he would like to stay in Italy.