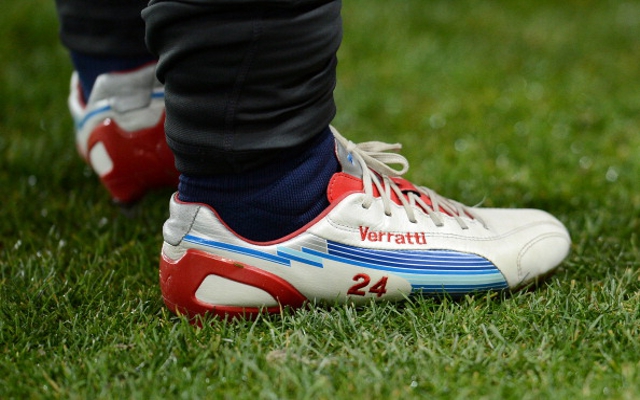 PSG starlet Marco Verratti will be staying at the club next season after speculation linked him with a big money switch back to Serie A, Sky Sports reports.

The 20-year-old joined the Parisian side last summer from Pescara but was mooted to head back to his native country this summer, though, the player’s agent, Donato Di Campli, has denied the rumours by claiming that his player has no intentions of leaving the French capital.

“I confirm what I have said in the past – a lot of money is needed to sign Marco,” Donato Di Campli told calciomercato.it.

“No Italian team at this moment in time has what is needed to sign him.

“If we then add the player’s desire to stay then I can say with some certainty that he will remain with PSG over the summer.”

Verratti has also been compelled to express his desire to see Carlo Ancelotti in charge of the club next season after he has been heavily linked with the vacant Real Madrid job.

“There are no other coaches like Ancelotti around,” Verratti told Sky Sports Italia.

“If he does leave then it will be a heavy loss, both for myself and for my team-mates here at this club.”

“I’ve had very few coaches, but, according to some of my colleagues who have had more, they say they’ve never had a tactician like him.”