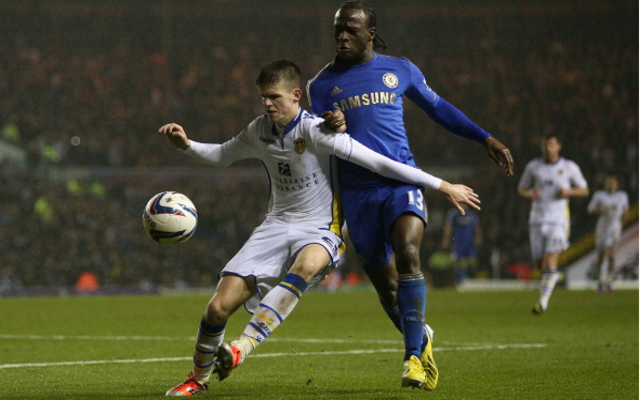 Arsenal and Manchester City are both keen on signing young Leeds right-back Sam Byram, according to the Daily Star.

The 19-year-old defender has earned rave reviews for his performances in the Championship this season, leading to speculation that he could be snapped up by one of a number of interested Premier League teams.

Arsenal have been known to look to the lower leagues for young talent in recent years, with the signings of the likes of Theo Walcott, Aaron Ramsey, Alex Oxlade-Chamberlain and Carl Jenkinson all coming from the Championship or League One at the time of joining the Gunners.

City are also keen to alter their transfer policy somewhat, to fit in with incoming Financial Fair Play rules, and will look to bring in lesser-known young talent as opposed to just spending large amounts on established international stars.

However, Leeds boss Brian McDermott is determined to keep hold of Byram, who has a contract at Elland Road until 2016.

“If someone does try to push him in a different direction then it won’t be the player or the club who are doing the pushing. I’m not concerned about it.

“For me his development as a player will be so much better and quicker through regular football. The games he’s had at Leeds have done him the power of good.”

Arsenal have been linked with several right-backs in this summer’s transfer window as it looks increasingly likely that Bacary Sagna will be leaving the club.