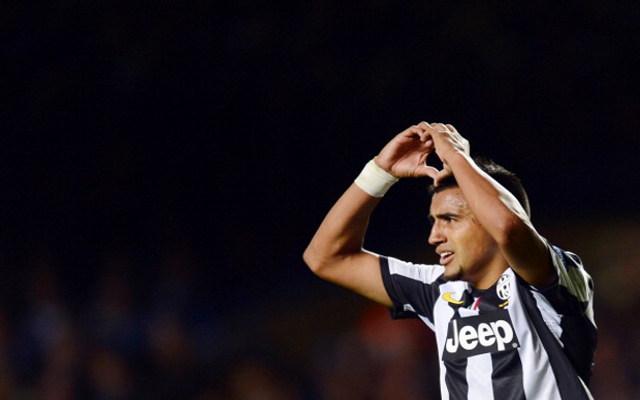 Juventus midfielder Arturo Vidal could make a summer move to Real Madrid, rejecting the advances of Manchester United and other clubs, according to Marca.

The 26-year-old has been in fine form for the Turin giants as they have enjoyed back-to-back Serie A triumphs, and United were keen to add him to their midfield next season.

However, PSG manager Carlo Ancelotti is a big admirer of the Chilean, and will make him a priority target if, as expected, he takes over as manager of Real Madrid.

The former Chelsea boss tried to sign Vidal for PSG last summer, and with Madrid midfielder Sami Khedira possibly leaving the club this summer, Ancelotti sees the Juve man as an ideal replacement.

Vidal has previously said he is happy at Juventus, but a move to the Spanish giants may be too good to turn down.

This will come as a blow to Manchester United, who will have to look to his Juve team-mate Claudio Marchisio as another possible deal, as new United manager David Moyes is tasked with finding a replacement for the retiring Paul Scholes.

Real Madrid striker Gonzalo Higuain could make a move in the opposite direction, with Juventus keen to beat the likes of Arsenal to his signature.