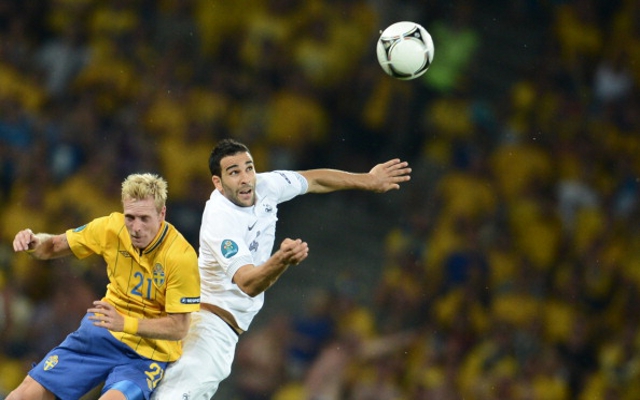 French international latest to be made surplus to requirements at Valencia.

Valencia defender Adil Rami has become the latest of the clubs stars to be shipped out this summer, according to talkSPORT.

Earlier, news broke of the Spanish side telling Aly Cissokho that he will be no longer needed at the club and they have quickly followed that up by deciding that his fellow French international will not figure in their plans either.

Rami’s availability will no doubt alert Arsenal, who have been watching the since his time with Ligue 1 side Lille in 2011.

He almost came close to joining Arsene Wenger’s men in the January transfer window but a deal failed to materialise , though they may follow up that interest with a bid over the summer.

Rami joined Valencia in 2o11 from French side Lille, who he was loaned back to see out the end of that campaign before ending his five seasons with the northern side. He quickly set about establishing himself as an important player for Los Che in his first season, making 53 appearances and scoring hour goals,

However, he has played just 36 times this term as he has seen his influence diminish somewhat.

It is believed that a fee of around £8 million will be enough to prize him away from the Mestalla.