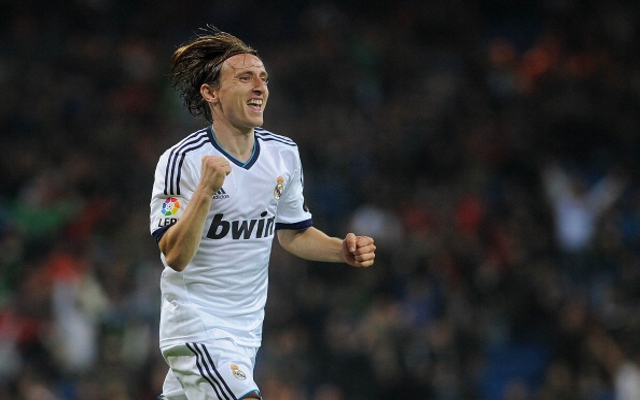 Real Madrid manager Jose Mourinho is planning to take former Tottenham midfielder Luka Modric with him to Chelsea this summer, according to the Sun.

The Croatian playmaker could be available for around £30million, and it is not yet clear if Madrid will be too determined to hold on to him after a disappointing first season with the club.

The 27-year-old moved to the Bernebeu from White Hart Lane last summer for £33million, but was voted the worst La Liga signing of the season in a fans’ poll.

However, his fine reputation in the Premier League remains, and Chelsea were said to be interested in signing him in the summer of 2011, though he remained at Spurs for another year.

Mourinho is widely tipped to be rejoining the Stamford Bridge club when he leaves Real Madrid at the end of the season, and will be given around £100million to spend on new players.

The likes of Xabi Alonso and Sami Khedira have also been linked with following the Portuguese coach from Spain to England, but a Chelsea insider is quoted as saying that Modric is high on Mourinho’s agenda, saying: “Mourinho’s very keen to clinch a deal for Modric.

“He knows it will be tough but if anyone can make it happen, we believe Jose can.”

Modric has also been linked with moves to Serie A, with both AC Milan and Inter Milan believed to be showing an interest.