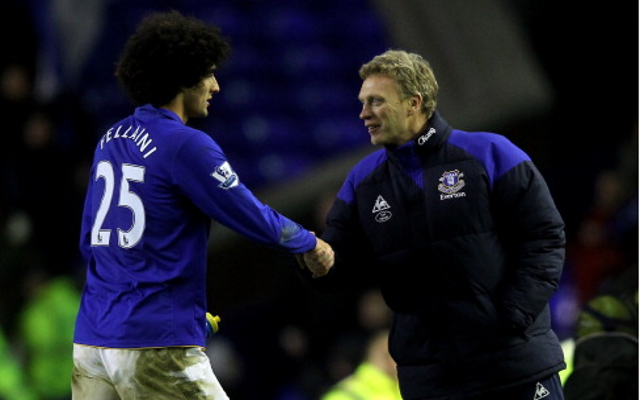 David Moyes set to make Belgian midfielder one of his first signings.

Manchester United are preparing a bid for Everton’s Marouane Fellaini according to The Mirror.

Moyes has reportedly identified Fellaini as the man to bring some tenacity to the middle of the Untied midfield and is ready to make a bid for the Belgian player.

Moyes and Fellaini are reported to have a strong relationship following their time together at Goodison Park and the Belgian midfielder has made no secret of his desire to move to a bigger club.

It is thought that Fellaini has a £24 million release fee clause in his contract that could leave Everton powerless to prevent the player’s departure to Old Trafford.

Moyes is reportedly happy to pay that amount as he looks to put his own stamp on the United team.

United are currently short of options in the middle of the park following the retirement of Paul Scholes.

Brazilian midfielder Anderson is expected to leave the club this summer after some inconsistent displays over the last few seasons while Darren Fletcher’s on-going stomach problems mean he is unlikely to be available for selection any time soon.