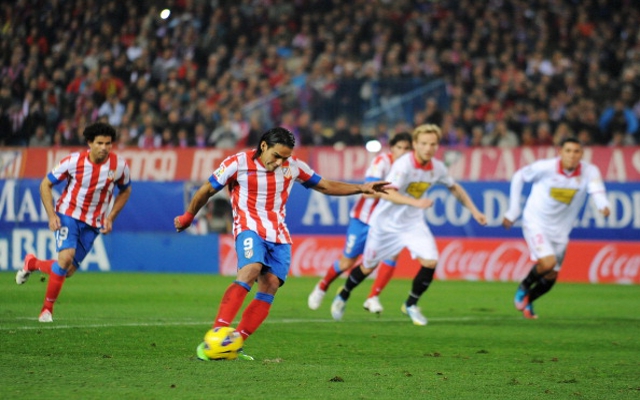 The move would break the French transfer record and would see Monaco swiftly add another big name signing to go with the capture of FC Porto pair James Rodriguez and Joao Moutinho as Claudio Ranieri’s side prepare for life back in Ligue 1 after winning the Ligue 2 title this term.

27 year old Colombian international Falcao has been pursued by Europe’s ‘Elite’ for some months and has proven a big success since his move to Spain two years ago.

The former FC Porto man has scored 70 goals in 90 appearances for the Vicente Calderon side, helping Diego Simeone’s side to clinch a Europa League success in his first season at the club and a Copa del Rey triumph this term.

Monaco’s Russian billionaire owner Dmitry Rybolovlev is no doubt keen to see his side made an immediate impact on their Ligue 1 return and are perhaps the only side that can compete with PSG’s purchasing power.