The ‘Must Have’ player each side in the English top tier should target.

The 2012/13 Premier League season did not match the previous year for drama and entertainment. Dominated by Manchester United year round with their consistent play and overpowering of their rivals, discarding Manchester City, Chelsea, Arsenal and Tottenham aside on their way to winning a 20th domestic league title. The chasing pack will be looking to strengthen themselves again this summer, willing to break the bank to attain the necessary talent to yet again, challenge United as England’s top dogs. Here is a complied list of must sign summer transfer targets for each Premier League club going into next season, to help them solidify their status, and make the push onwards and upwards the league table. 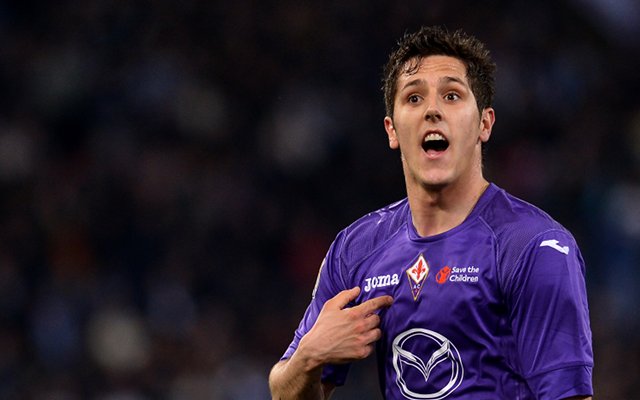 The Fiorentina marksman is renowned around Europe as one of brightest young talents emerging on the scene in recent years. Now at 23, it is time of Jovetic to take that leap into major European football, which he is not attaining currently at Fiorentina. Arsenal are said to be one of many clubs interested in Stevan, along with Italian champions Juventus, and the Viola are quoted as to wanting in excess of £30million to take the Montenegrin off their hands. Unfortunately, the allure of Champions League football that Europe’s top clubs can offer Jovetic may to be too good to turn down. Arsenal are adrift of Europe’s elite clubs with their tendancy to flog their major talent, and thus have failed to compete domestically. Jovetic would be ideal forward to integrate into their interchangeable system, with 30 goals in his last two seasons including international matches, an ideal player for Arsenal to help them in their Premier League challenge for the 2013/14 season.