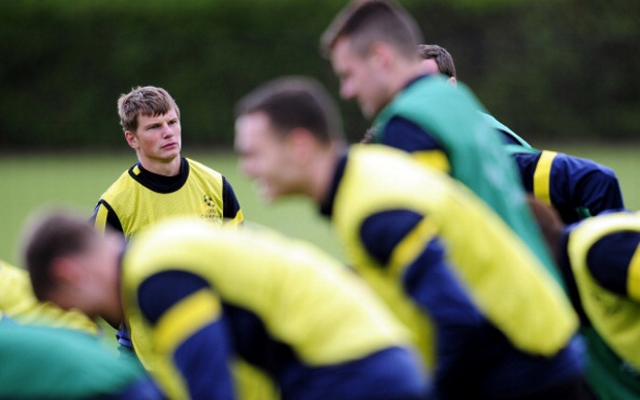 Arsenal winger Andrei Arshavin is reportedly open to the idea of returning to his hometown club Zenit St Petersburg according to Sky Sports.

The 31 year old has been rarely used by Arsene Wenger this season and will be out of contract in a matter of days and as such needs to be looking for a new club willing to meet his reportedly hefty wage packet.

Zenit boss Luciano Spalletti appears to be up for such a move stating;

“We do our job and do what we’re expected to do and our aim is to be useful for the team,”

“If Arshavin is the man who can add anything for this then we can think about him. Andrey is interesting for everyone in Russia because he’s a charismatic player.”

Arshavin has been something of a disappointment since his move to North London in January 2009, showing fleeting glimpses of the form that made the Russian international a coveted target following an excellent Euro 2008.

His four goal haul at Anfield will live long in the memory but not many other displays he put in whilst at Arsenal will and the Gunners will be happy to see Arshavin’s salary wiped off the balance sheet.

Arshavin failed to make a single Premier League start in 2012/13 and a move back to Zenit, whom he helped to a domestic title in 2011/12 whilst on a half-season loan spell, could well be the right one to take at this point in his career.