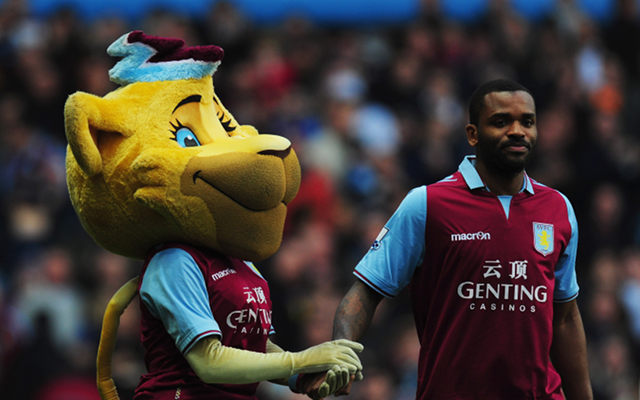 Villa striker could be heading back to London.

Aston Villa striker Darren Bent is hoping Fulham manager Martin Jol can rescue him from obscurity and bring him back to London, according to The Express.

Bent joined Villa for a fee of around £24 million from Sunderland in January 2011 but has found himself out of the side this season thanks largely to the impressive form of Christian Benteke and may now be set to leave the club for a fee of as little as £4 million.

Villa boss Paul Lambert has already told the 29-year-old to find a new club this summer and Jol, who knows the player well from the pair’s time together at Spurs, could be set to swoop in as he looks to make improvements to the Fulham side that could only manage a mid-table finish this year.

Fulham have already added Derek Boateng, Fernando Amorebieta and Sacha Reitner this week and will look to add Bent, a proven goalscorer, as soon as the transfer window reopens.

Bent has managed 25 goals in 64 appearances for the Claret & Blue’s and will look to go wherever he can get first team football ahead of an important World Cup year as he has never made it to a major tournament with the English national side.