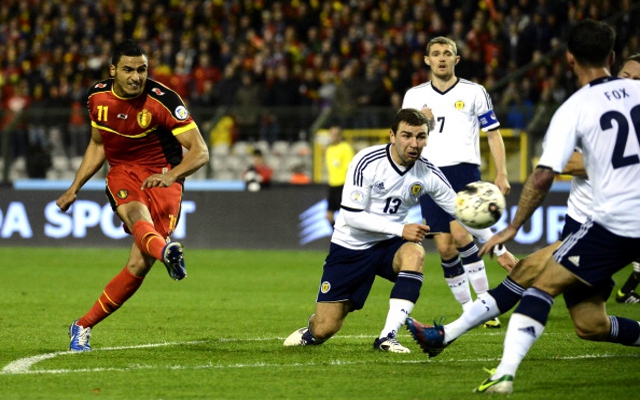 Chadli to travel for talks with Shakhtar.

FC Twente winger Nacer Chadli is set to disappoint two Premier League sides this summer as Ukrainian champions Shakhtar Donetsk look set to win the race for his signature this summer, according to talkSPORT.

Both Fulham and Liverpool had been linked with a move for the Moroccan born Belgian international who has impressed in the Eredivise this season, bagging 12 goals.

However, they now look set to miss out, as do Dutch rivals Ajax, who were also strongly linked with a move, as Ukrainian giants Shakhtar Donetsk now looks like his most likely destination.

Chadli had planned on extending his current deal beyond 2014 having spent three successful seasons with Steve McLaren’s former side but he is now expected to travel to Donetsk in the coming weeks after they sounded Twente out about a possible deal.

Juventus and Champions League finalists Borussia Dortmund had also been interested but the strongest interest was said to be coming from Fulham where boss Martin Jol had seen him up close during his time in charge at Ajax.

The 23-year-old joined Twente from Dutch minnows AGOVV Apeldoorn in 2010 and has enjoyed a meteoric rise during his time at the club, making over 120 appearances and scoring 38 goals.