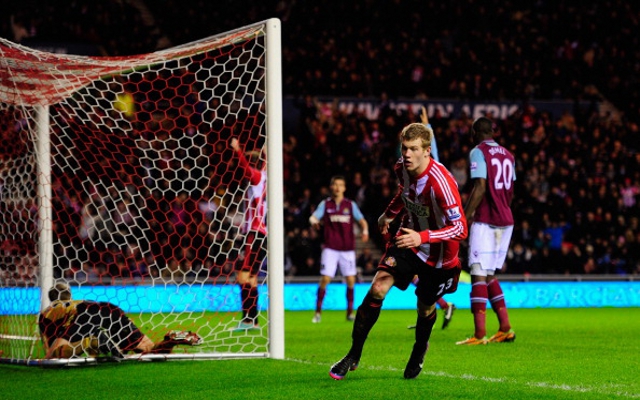 Celtic will look to step up efforts to sign Sunderland winger James McClean this summer according to the Daily Star.

The Republic of Ireland international is said to be one of a number of players Black Cats boss Paolo Di Canio is looking to sell and this source believes that the 24 year old could be available for as little as £2m, a bargain price for a player who on his day can be most impressive.

Neil Lennon did attempt to sign McClean in the summer of 2011 but the then Derry City wide-man opted to join Sunderland instead and initially impressed at the Stadium of Light.

McClean scored five goals in his debut Premier League campaign but has gone off the boil in 2012/13, netting just twice in 36 appearances and not retaining the spark that he created when he first arrived in the English top tier.

Lennon will be keen on keeping his top performers this summer and the clever acquisition of talented additions could well help in that regard.

The chance to play at Champions League level whilst also challenging for major domestic honours will surely tempt McClean into considering a Sunderland exit.