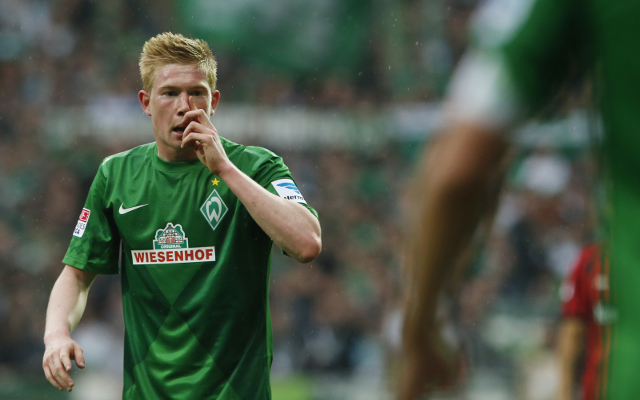 The 21 year old Belgian has impressed many during his season long loan spell at Werder Bremen, during which the former Racing Genk man scored ten goals and provided nine assists, attracting the attention of many Bundesliga sides, including for a spell Bayer Leverkusen.

De Bruyne moved to Chelsea in January 2012 but is still to play a senior competitive match for the Stamford Bridge side and is a player who could be seen by Jurgen Klopp as an ideal replacement for Mario Gotze, who has completed a £32.5m move to join rivals Bayern Munich.

Chelsea spent £7m to sign De Bruyne so the sale at a profit is not a bad bit of business given the player would more than likely be down the pecking order if he were to return to the Blues first team set-up.

One wonders what the future holds for fellow Belgians, Romelu Lukaku and Thibaut Courtois, also loaned out by Chelsea and putting in excellent stints at West Brom and Atletico Madrid respectively and presumably also both keen on retaining first team spots, especially with the 2014 World Cup Finals in Brazil just around the corner.