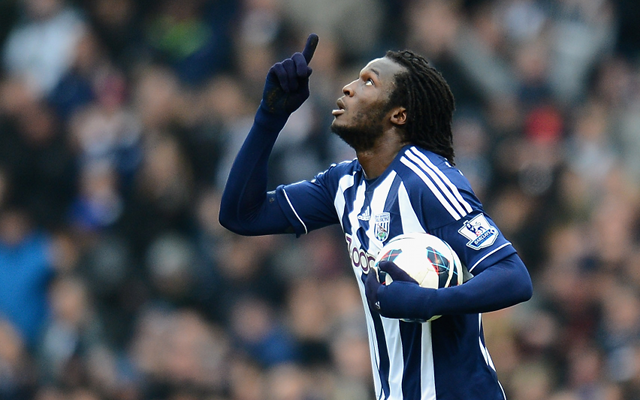 Jose Mourinho will not send promising young Chelsea striker Romelu Lukaku out on loan if he returns to the club next season, claim the Sun.

The 20-year-old has failed to make an impact at Stamford Bridge since joining from Anderlecht in 2011, and was farmed out on loan to West Brom this season.

Rumours suggested that the Belgian youngster would be loaned out to another Premier League club again next season, with the likes of West Ham, Fulham and Swansea City all showing an interest.

Lukaku himself admitted he was not optimistic of earning a starting place for Chelsea, with the club appearing to chase a number of high-profile targets upfront in the summer transfer window.

The likes of Radamel Falcao, Edinson Cavani and Robert Lewandowski have all been mentioned as targets for Mourinho, who is already preparing for his move back to Chelsea from Real Madrid.

However, it has now emerged that the Portuguese coach is a fan of Lukaku, and sees him as a similar type of player to Chelsea legend Didier Drogba, whom he worked with at the club in his first spell.

And there could be more room for Lukaku in Chelsea’s starting lineup next season, with £50million flop Fernando Torres likely to be moved on in the summer, as Napoli and Fiorentina have shown a strong interest in the Spaniard.