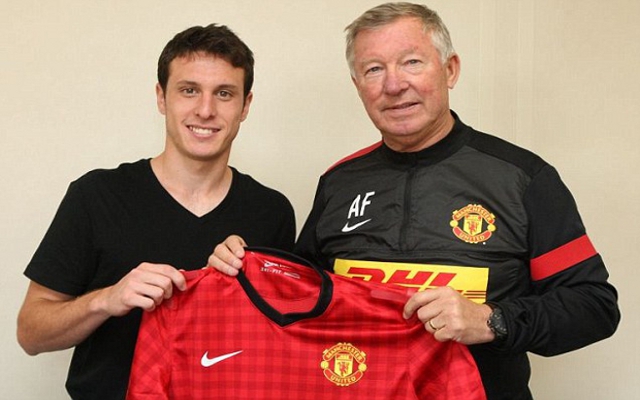 Manchester United striker Angelo Henriquez has apparently refused to rule out the possibility of a return to Wigan Athletic next season, Sky Sports reports.

The 19-year-old linked up with the Latics in January where he made eight appearances, scoring one goal. He was quick to jump at the chance to go out on loan after only signing for United last summer from Universidad de Chile.

A loan move away had been seen as the ideal way to give him some much needed Premier League experience, however, his input was limited due to the relegation battle that the club were in.

But he is said to be keen to head out on loan again in a bid to show David Moyes what he can do in the future.

“I didn’t play a lot of football, which was obviously the target when I arrived in January,” Henriquez said.

“But just being involved with a Premier League team, living the experience of first team football and learning from other players and other teams has been very good.

“I have enjoyed my time here and I wouldn’t rule out coming here again if that is a possibility. Who knows?

“You always improve and pick up new things from new managers and new players. That was the point of the whole exercise, and I hope to show what I’ve learned when I return to Old Trafford.”