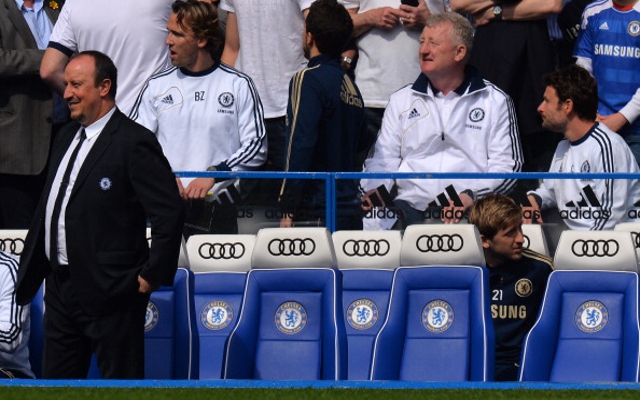 Former Chelsea interim boss takes over at the San Paolo.

Rafael Benitez has officially been appointed manager of Serie A side Napoli according to the BBC.

The 53-year-old Spaniard – whose previous experience in Serie A was a painful short-lived spell with Inter Milan – had been widely expected to be named and Napoli supremo Aurelio De Laurentiis tweet confirmed that to be the case.

“Rafa Benitez is the new coach of Napoli,” tweeted De Laurentiis, whose side finished runners-up in the recently finished Serie A season.

“He is a man of experience and a true leader.”

Benitez, who had also been linked with French champions Paris Saint-Germain, had a successful spell in charge of Chelsea after replacing the sacked Champions League winning coach Roberto di Matteo.

The Spaniard guided Chelsea to the Europa League crown and also helped them qualify for next season’s Champions League after being brought in on a short-term basis.

However, despite being popular with owner Roman Abramovich he never won over the supporters, who verbally abused him from the stands from the start.

The Chelsea fans yearned for the return of their adored Jose Mourinho, after he largely failed at Real Madrid, and appear likely to get their wish.

According to the Spanish press Benitez was to sign a two year contract with the option of extending it by a further year and an annual salary of 3.5million euros.

His first job at Napoli will be to try and persuade fans favourite and leading scorer Edinson Cavani to stay.

The Uruguayan international, who topped the Serie A scoring charts with 29 last term, is one of the most sought after players in Europe with both Real Madrid and 2012 English champions Manchester City keen to secure his services.

Benitez replaces Walter Mazzarri, who has been appointed coach of Inter Milan.

Ironically, Benitez’s last Italian adventure was at Inter but lasted only six months and ended just after having won the Club World Cup.

His team had struggled in the league and he had forced officials’ hands by telling them to strengthen his squad or find another solution, which they did.

Despite not always being popular with fans because of his reserved exterior he has a good record.

He won two Spanish titles and the Europa League with Valencia while he led Liverpool to Champions League success in 2005.