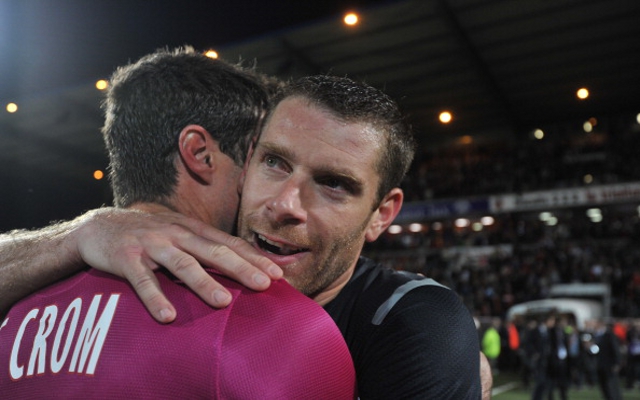 Ronan Le Crom is something of a journeyman footballer, the 38 year old having plied his trade with no less than ten clubs, and PSG saw it fitting to hand the keeper his debut in the final match of the season away at Lorient, therefore making the veteran eligible for a Ligue 1 champions medal. However things went a little sour for the custodian, who was playing in his hometown no less, when he was sent off. The tearful goalie attempts to persuade the referee to not give him a red card but to no avail.