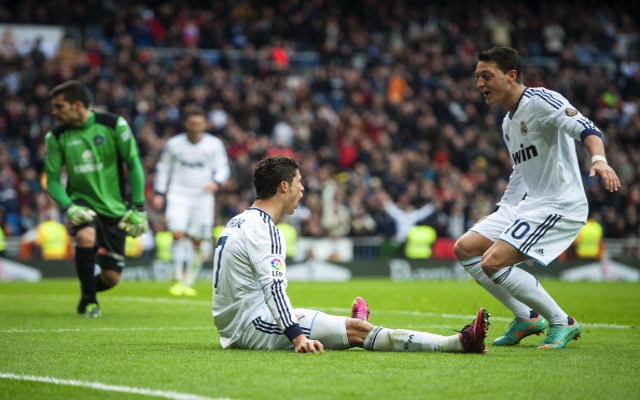 France and Real Madrid legend Zinedine Zidane has told L’Equipe that he believes Cristiano Ronaldo will not be sold to Manchester United or PSG this summer.

The Portuguese striker’s future has come under much speculation as the summer transfer window approaches, after appearing to become discontent with life at the Bernebeu.

Real Madrid had a difficult season this year, putting up a poor fight to retain their La Liga title, losing out to rivals Barcelona, and now face a summer clear-out of their squad as they look to improve next season.

They have already confirmed to be parting company with manager Jose Mourinho, who is expected to return to old club Chelsea, and there had been rumours that Ronaldo could join him at Stamford Bridge.

The 28-year-old is also wanted back at Manchester United, the club he left for a world record fee of £80million in 2009. Big-spending PSG have also been rumoured to be willing to offer as much as £100million to sign him.

Real have themselves been linked with a big move for Tottenham star Gareth Bale, who would be a ready-made replacement for Ronaldo, but Zidane, who himself was once the most expensive player in the world when he joined Real Madrid from Juventus for £50million, says Real’s star player will still be at the club next season.

“Ronaldo is happy at Madrid,” he said. “He is very important for the team and will not move to a different club next season.”